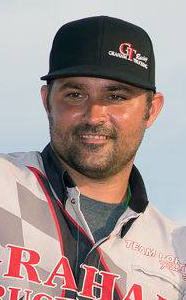 Corey got his start in racing in 1998 under the Kelly family racing in the Seattle Outboard Association.   Between the years 1998 to 2008 Corey was able to get experience in driving every class SOA had to offer in the Stock Mod and Pro categories.  After racking up a few region high point titles Corey decided he wanted some experience in the 500 700 and 1100 pro capsule classes.  That year Corey was able to podium in 700 and 1100 hydro at the APBA national championships. While involved in the 700 class Corey was able to obtain the 700 hydro straight away kilo record at 128 mph.

Later in his racing career Corey decided he wanted to get involved in the inboard category of racing so he purchased a 1 liter mod.  Corey was able to capture 12 heat wins his first year in the new class.  His following season in the inboard as an owner driver was a success. Entering 42 heats that season Corey was able to come away with 34 heat wins.  Also in that time a Western Divisional title and Worlds Title.  In 2015 Corey was asked to join the Graham Trucking U-5 racing team as a deck support and cockpit crew member.  In 2016 Corey was given the opportunity to take the U-7 out for a few laps at the Tri Cities test session.  Later that season the Graham team decided to get Corey qualified as a driver and started his laps needed at the Tri Cities race and they were able to finish the laps needed in Seattle.   Following the Seattle race Corey was hired to drive the U-57 at the 100th running of the Gold Cup in Detroit scoring points in all four heats.  After the 2016 season Corey took some time away from racing and was excited to receive a call from team owner Rob Graham asking him to return to the team and drive the U98.