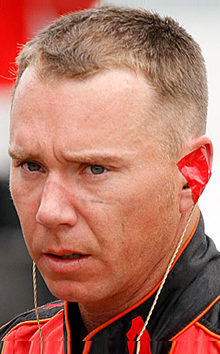 Michael Kelly signed a multi-year agreement as the primary driver in March 2015, ensuring the team of his services for the foreseeable future.

Kelly (also known as JMK) won the first of five Oryx Cup World Championships in November 2009, claiming the inaugural Doha, Qatar race with the 7 Graham Trucking and backing it up with the 2014 title as well.

Kelly drove for Graham Trucking Team as the pilot of the 7 Graham Trucking in 2009-10, when he finished on the podium eight times in 12 races – one first, five seconds, and two-thirds. His first career win in the unlimited class was the 2009 Oryx Cup UIM World Championship victory, starting Porter’s dominance at the Oryx Cup. Kelly has been a fixture among the top drivers in the sport since breaking into the unlimited ranks.

The 2017 season is Kelly’s 30th season of boat racing. During his career, he has set 23 world records in various classes, six of which are still current, and is a three-time American Power Boat Association Hall of Champions inductee (2003, 2004, and 2010). Kelly also has a total of eight national championships, 15 high point’s championships, and 25 APBA divisional titles. In 2009, Kelly won the New Zealand Des Geddes Memorial Grand Prix Hydro event. He also became the first person in APBA history to win four championships in a single Nationals, at the 2010 event.

JMK placed second in the 2015 National High Point Championship with four podium finishes and notching his second consecutive Seafair crown, taking the 2015 win from Jimmy Shane after an amazing five lap battle that was easily one of the best in H1 Unlimited history. He also won the 2015 Madison Regatta Exhibition Shootout.  He won the coveted Gold Cup in Detroit, Michigan in August of 2016.

Kelly and his wife Angela have three sons, Brennan, Carson, and newborn Asher. They live in Bonney Lake, Wash.